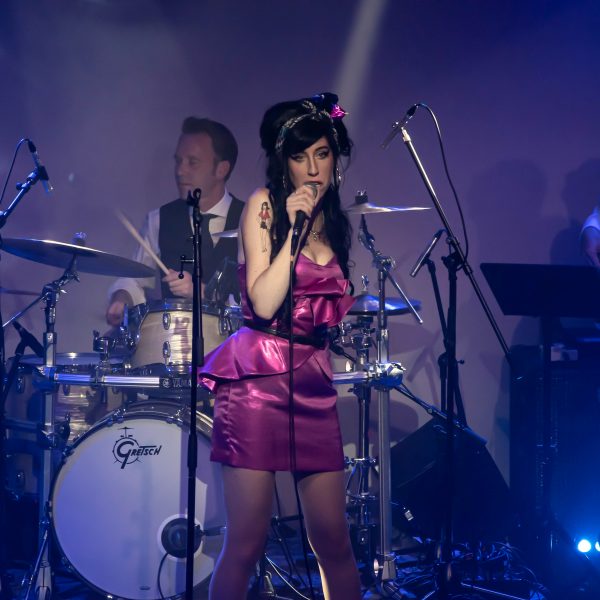 By participating in SB6 TV-show The Tribute – Battle of the Bands, Celebrating Amy showed why the band around singer Denise van Dorst can call itself the Amy Winehouse Tribute of the Netherlands! Denise takes on the role of Amy in this ode to the music of the legendary singer. In her far too short career, Amy has only released two official albums, but almost every song on it has become a hit. Well-known songs such as Rehab, Valerie, Back to Black and You know I’m No Good are all featured in the Celebrating Amy tribute show.

Denise has been singing as Amy for quite some time. Not only her appearance but also her voice bear a great resemblance to that of the British icon, which can certainly be called unique. The eventful life of Amy Winehouse is reflected in her music and lyrics. Denise is able to fully empathize with Amy’s music. Together with her band, the audience is treated to a show that is both swinging and soulful, but also intense and emotional during the beautiful ballads that Amy has sung.